How to use plastic in packaging without damaging the environment

There are various kinds of pollution. In this article and the next one we will analyse only those related to the materials we have now learned about, namely plastics.

What do mean when we talk about plastic pollution?

We mean dispersion and build-up of waste plastics, which by their nature last a long time in nature: in the air, in the soil, and in rivers, lakes, seas and oceans.

To understand the importance of correct disposal of plastics, which was discussed in the previous article, it is worth noting the effects that this type of pollution have on the environment.

Effects on the Land:

Plastics release harmful chemicals to the surrounding soil, which penetrate deep into aquifers or other water sources.

But not only that, plastics left to rot in landfills – aided by the presence of countless micro-organisms – undergo an accelerated degradation process, resulting in a massive release of methane, a dangerous greenhouse gas that contributes significantly to global warming.

Effects in the Oceans:

In the '90s, a mass of floating waste was identified in the Pacific Ocean. Covering at least 1 million km2, it was named the Pacific Garbage Patch, and is composed of pieces of plastic less than 5 mm in size.
It is not the only existing island of plastic, to date one has even appeared to the north-west of the Island of Elba in the Mediterranean Sea.

Plastic waste is very harmful, especially for marine species, because hundreds of thousands of marine mammals ingest plastics or are trapped by them.
As well as being irreversibly harmful to marine fauna, this kind of pollution consequently finds its way into the human food chain, resulting in foods contaminated by plastics and various debris.

Can plastic become a resource?

The answer is yes.

Plastic is a resource in countless ways, let's look at some together:

Moreover, it can be recycled many times, leading to an exponential rise in resource savings.

When does plastic stop being a resource and become harmful?

When it ends up in the hands of those who do not know how to manage it.

First of all, in those of us citizens, when we prefer convenience over the commitment of proper waste separation; but not only!

The impossibility of disposing of such a potentially dangerous material properly counteracts all the work carried out every day by those who commit themselves with determination to finding new resources for the planet and for those living on it.

It is difficult to talk about shrinkwrappers, and therefore heat-shrink film, in this historical period. As we have seen, plastics are the cause of disasters all over the earth.

Yet the market continues to demand these materials, and consequently also the machines that process them. Not because there is no interest in protecting the environment, but because the technical properties of plastic bring benefits that no other materials can achieve.

The difference compared to the past, however, is use with awareness.

Today, consumers, producers and manufacturers are very aware of the consequences, and therefore do everything possible to optimise all systems that can offer the same benefits with significantly less impact on the surrounding environment.

We at Zambelli are also committed to doing so, by ensuring that our machines are increasingly able to handle new resources and making them as environmentally friendly as possible.

Let's take a look at some of these improvements related to sustainability.

When the machine is waiting for product from the line, or during format changeovers, two partitions at the tunnel infeed and outfeed are lowered automatically to reduce the energy consumption and to ensure that the temperature “set point” is reached quickly when the machine is started up.

At the same time, the PLC can turn the heating elements on and off according to the temperature measured inside the shrink chamber. 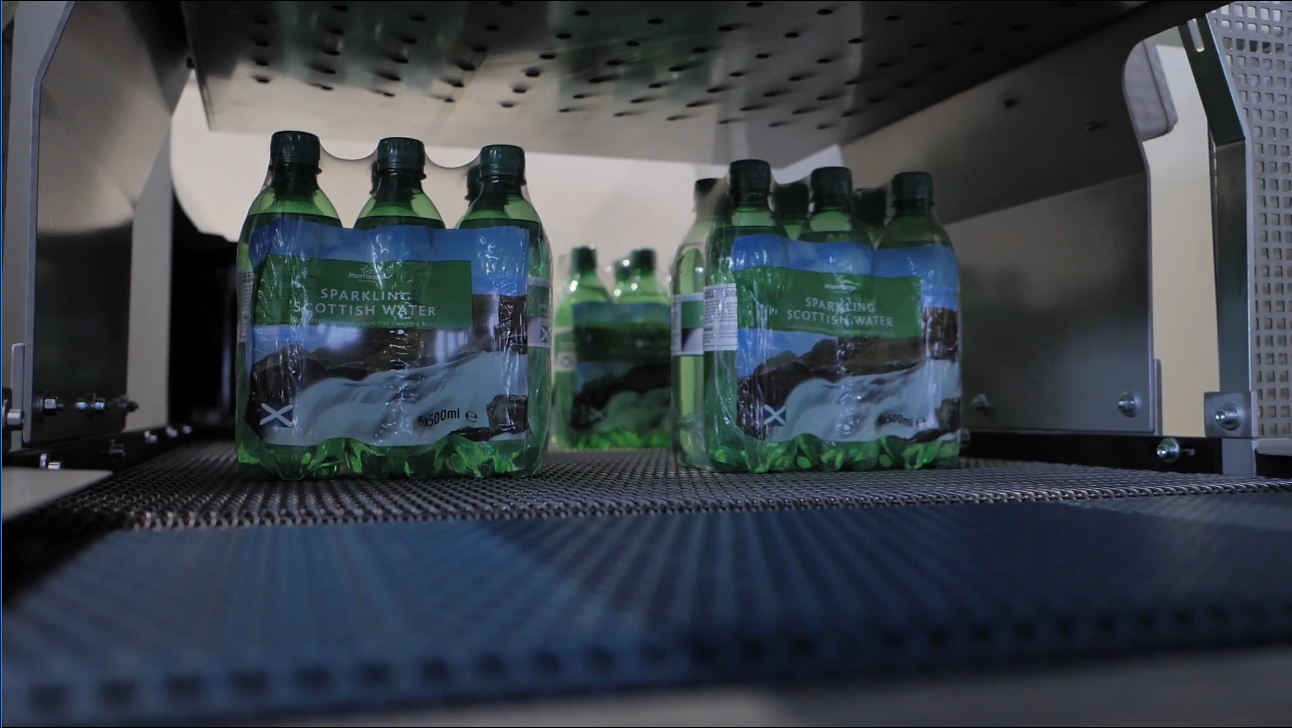 This system can use thin film (even 30 microns) to significantly reduce the plastic consumption per package.

Machines able to use new materials

Finally, for companies wishing to package their products with biodegradable and/or compostable film, our shrinkwrappers have been tested and found to be suitable for this type of material as well. Their performance remains unchanged, as does production efficiency. If you want to test your film, contact us and we’ll get to work right away!

Now that we have built a clear picture of everything that constitutes secondary packaging, from the materials of which it is composed to the disposal methods that must be applied to them, we have come to the most difficult issue, which is the pollution that these materials cause.

In today’s article we dealt with plastics, but in the next article we will analyse paper and cardboard.

If you are looking for a partner to work with, visit our website or contact our sales department. We will be happy to have the opportunity of working with you!